‘’The Hikikomori Can Turn the Tables’’ – an interview with Dr. SAITO Tamaki 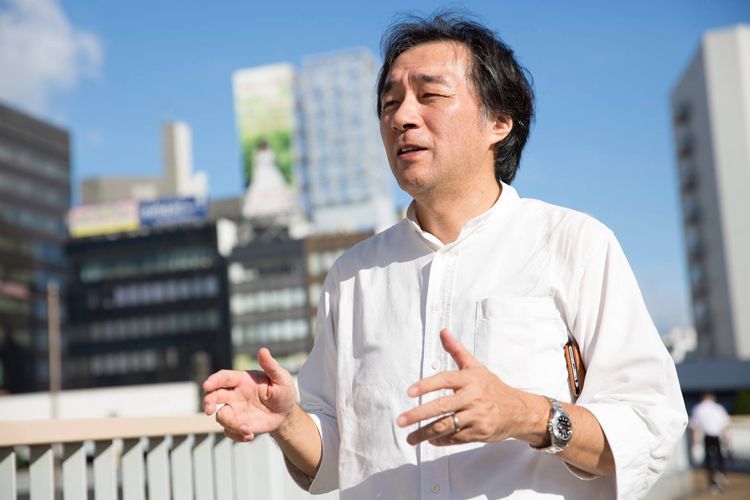 The hikikomori concerned gathered one day to make an interview with Dr. Tamaki Saito, who is famous as a specialist on hikikomori problems: Does Dr. Saito have sympathies for the hikikomori? What does he think about violent support groups? How should the hikikomori unite?

―Dr. Saito, you have engaged in the treatment for hikikomori. Do you sympathize with the hikikomori? We, the concerned, are anxious to know about how you feel.

Saito: I do, in a way that I myself could have been so, though I cannot tell when it was. For instance, if I had failed to pass on the next grade when I was in college, or if I had failed on the national government examination, I might have gone back to my home town in Iwate and been one of the hikikomori.

Thus I do believe I can understand how they feel very well.  I care about what people think about me; if I had kept staying at home I would have felt nervous about that and it would have been very difficult for me to go outside. I can also understand very well that the hikikomori would very much have bad feelings towards their parents if the situation continues for 2 or 3 years.

―Have you ever wanted to be hikikomori also?

Saito: Of course, even now I want to do so if there is an emergency exit. If there is a button that ‘enables me to stop being hikikomori from tomorrow,’ I want to try it.

The thing is that if hikikomori situation starts, there will be no stopping it. If you are addicted with it, it is hard to get out of the situation no matter how much you want to stop it. That is the mechanism of hikikomori. It is like hell. That is why I really do not try to be in that situation.

Hikikomori is derived from a defensive reaction to protect your ego. You need to protect yourself by shutting out social connections when you are very exhausted, heavily stressed.

I know there is no buttons like I just said. That’s why I can’t be hikikomori even if I wanted to.
The Borderline of Hikikomori

―There are some people who actually become hikikomori. But some others do not become that way. What makes the difference?

Saito: By chance, I would say. A person can accidentally keep staying at home for a few years. Anyone could become so, even though some people claim the other way.

The reasons can be that you have entered a troublesome school, you are bullied there, or you have failed on the entrance examination, and so on.

It really starts by mere chance.

When you are stuck in the situation, your parents could not understand what happened to you, they would start complaining about you every day, you would possibly be driven into a corner; those situations can keep you stuck.

If, at that point, the parents show some compassion and make you feel at ease and cheer you up for a bit, the situation might not get too serious. That can often be the case.

I have heard about a terrible case: some of the hikikomori have once told me ‘I could not become hikikomori because my parents declare that they would kick me out of home if I became hikikomori.’

I don’t recommend that you get kicked out of your home, but if you happen to experience it you would never become hikikomori.

That’s why I say it’s by chance. Parents’ attitude toward you, what school you go to, where you live, those various factors combine to determine whether you become hikikomori or not.

I don’t believe that experiences in infancy have any influences on hikikomori.  Statistics show that introverted people are inclined to become hikikomori, but there are many hikikomori who are actually extroverted. Therefore there is no adequate way to raise up children without a risk of their becoming hikikomori.

If I am to make a comment about how to avoid hikikomori, I may say, if your parents know very well about the notion of hikikomori, and have told you when you were a second or third grader in junior high school that they could only take care of you until you would become 25, if they have told you that every year, you might not be able to become hikikomori.

― Actually, my parents have told me that they wouldn’t take care of me after I graduate from college. I was forced to do a lot of house work for a very long time. They would tell me that it is necessary for you to do that in order to get on your feet in the future. I became mentally ill and became hikikomori. I got into depression and autonomic imbalance.

Saito: Your parents are very concerned about you. But it might have been hard on you as they said that too often. You might not have felt any love from them. There are cases like yours. Parents should correct their way of understanding.
NEXT≫