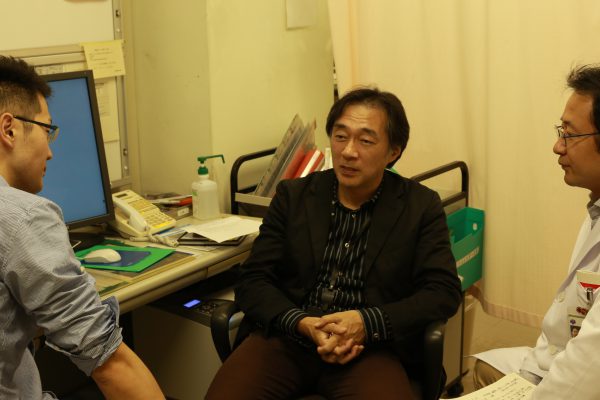 Open dialogue approach has been getting more attention as a very effective method for hikikomori phenomenon. The 2017 June issue of ‘Seishin Ryoho (Japanese term for psychotherapy)’ featured the open dialogue. In it it was reported that the open dialogue was effective even for a case of a lady who had been hikikomori, suffering from a severe obsessive-compulsive disorder. The effect was so remarkable that her psychiatrist Sayoko Nobuta even commented ‘I cannot believe that she was in danger to commit suicide a year ago.’

This being the case, I would like to report what changes occurred to me from the patient’s point of view, leaving the definition of the open dialogue to literature by professionals. First of all, conversations between me and my parents were a series of persuasions and discussions. Persuasions always led to arguments about which side should submit and obey and did not bring either side to concede. The discussions always led to exchanges of accusations and did not bring about mutual understanding. To me, such talks with my parents were like talking to a brick wall; or like talking to myself. Even when we sat down face to face with each other, saying what each of us wants to say, we never came to an agreement. In contrast, the open dialogue is communication. Communication and respect to each individual created a common language for each one involved .By this way we were able to come to agreements.

Why were the open dialogue conversations successful, while those persuasions and discussions had never been? I would say it was because the patient was allowed to express his opinions freely. As a result, a true conversation took place and continued for sufficient length of time. It was this true conversation that brought about changes to the patient. In the open dialogue, there is no forcing of conclusions by the professionals. In my case, I was treated as an experienced professional and each of my word was listened carefully and responded with not-knowing position. This space where you can express your views freely without fearing oppositions or negations created the dialogues.

Prof. Tamaki Saito also tells us in ‘Gendai Shiso,’ ‘We have to make sure to always keep space that enables patients to change spontaneously.’ ‘Therapists’ intention to cure their patients actually will deprive them of their space.’ I feel that dialogues focusing on the patient’s autonomy and spontaneity to a maximum has made changes possible, while persuasions did not. Persuasions start with conclusions. When conclusions come first, there will be no communication and anything that the hikikomori say would be disregarded. I felt as if I was talking to the walls when doing to may parents. That was because I felt the sense of helplessness when I realized there were pre-set conclusions on the side of my parents even before a start of a talk.

Thus the closing conversations which is aimed to lead everything to one conclusion or answer would never cause the patients’ autonomy or spontaneity. The closing conversations would make the patient feel helpless. The attempt to persuade the hikikomori work would be in vain because the persuations or directions take away the hikikomori’s potential energy.

My experience of the open dialogue was designed to bring back patients’ autonomy and spontaneity. Also, the dialogues where everybody takes part can help rebuild the whole family. I hope the support by means of the dialogues would spread in society from now on, rather than the persuasion that violent support groups often use.